Literally
thousands of teams across the country have taken part in the competition this
year at county, regional and national levels. The Bournemouth finals are the culmination of what has been a very tough competitive season.

Having been
crowned National Champions on three previous occasions in 2005, 2009 and 2010,
runners up twice and made semis most other years over the past decade, Bromley
LTC will join the seven other best teams from across Great Britain.

With most
of our top players in action on Friday including three ATP world ranked
players, the Bromley side should be seeded at least 4th in the
competition and will be drawn against one of the four un-seeded teams.

Play starts
on Friday morning and Martin Rands will post the order of play, news and results on the
Bromley LTSC website at:

The Bromley
squad will consist of:

We wish the
team every success at the AEGON FInals and all spectators are very welcome at: 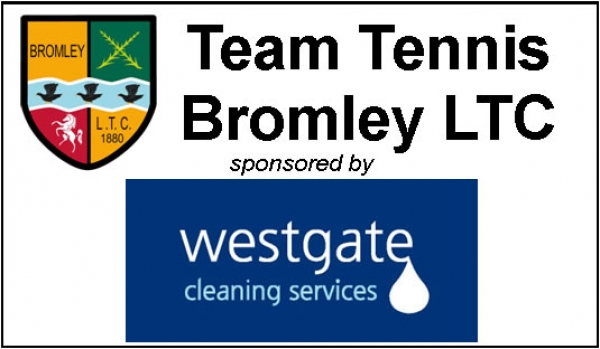